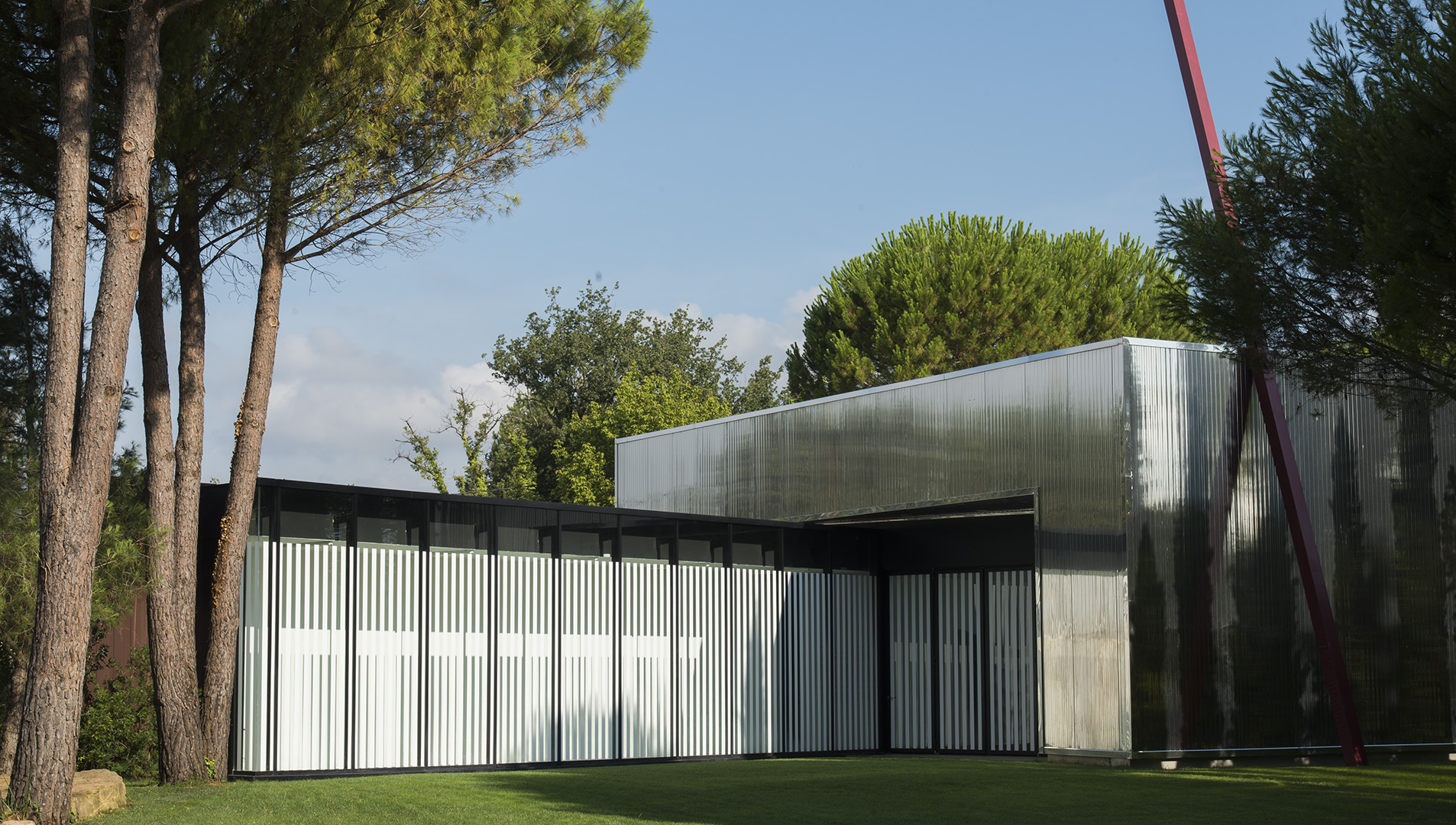 The 2014 inaugural exhibition featured selected pieces from Diane and Bernar Venet’s collection of over one hundred works of Minimal and Conceptual art. While several art movements are represented in the collection (New Realism, Conceptual Art, Narrative Art…), the selection for the inaugural show focused naturally on minimalism and the artists that Bernar Venet met when he arrived in the United States in 1966, in particular Donald Judd, Sol LeWitt, Dan Flavin, Carl Andre, Robert Morris, and François Morellet.

To mark the occasion, Daniel Buren also designed the on-site piece Grille de lecture : recto-verso (Key for Understanding: Front and Back). The piece covered the façade windows of the gallery.

In the exhibition space of the Usine (Factory), Venet installed a new piece, Effondrement, an immense one-hundred-and-fifty ton Collapse, comprising a mass of seven-meter-long arcs. The sculpture takes shape around a number of concepts, order and disorder, for example, or instability, entropy, uncertainty. Since the early 1990s, with his Indeterminate Lines, Arcs, Angles and Straight Lines, Venet has experimented with artworks that mobilize these concepts. At root is a reaction that opposes the systems of ordered progressions the minimalist artists embraced. As the artist put it, “My aim is to free sculpture of the constraints of composition and criticize the utopian principle of an ideal order.” The art material is not employed to create forms; it is form itself.